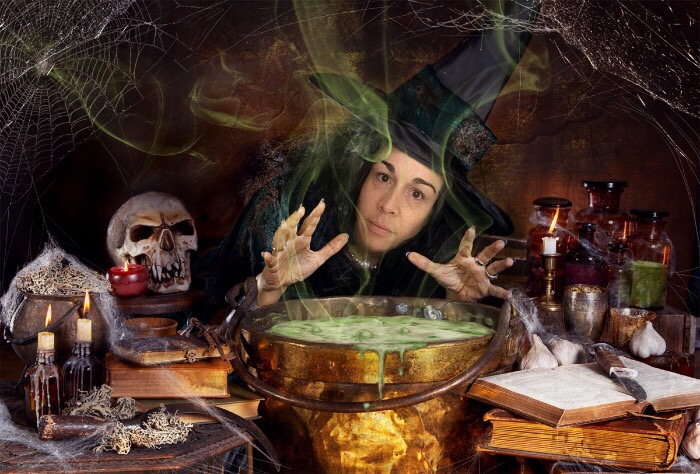 The fear of magic can be traced to religion. People were accused of doing the very things that the elite and religious leaders themselves were doing. Blood and sexual ritual abuse, human baby mutilation and sacrifice and other horrible things, practiced by priests and government officials to invoke the energy of control by fear and the removal of personal power. Those who were sensitive to these evil energies were seen as a threat. Healers and shamans were a menace to their control. Labeled as witches, the church used the Bible and the creation of good and evil in order to make the people focus their attention elsewhere. To become slaves.  They said not to look for omens, or the movement of the stars. Religion became a master, forced on the people by fear and violence. So many innocent people suffered. Witch hunts, instigated by priests and the clergy, terrorized innocent victims who were not compliant with their gods. Dark ages came. Crusades and religion became law. Those enforcing the laws were the ones doing all the bloodletting and fear mongering. Deflecting from the truth through a ruthless game of power. It has been going on in darkness ever since. It is time to call their bluff.

There will be a lot of talk about how evil the magic that the elite have been practicing is. Their evil is on another level. It’s the dark they want you to fear and they have been controlling you with it this entire time right under your nose.  It has been hidden in plain sight for centuries. Buried under the label of Christianity, the papacy, royalty and public mass and church rituals. All of it a symbolic disguise. They have recruited the public to feed their fetishes.  Blood and flesh passed in pretty cups and consumed as seemingly benign emblems without a thought as to why. Or if it was really good. Or who actually gained from the fear put into those cups.  Blinded by need for a savior from the darkness that the fear itself has created. The people have followed along obediently like sheep. Lambs to the slaughter. That’s where we are now. At the end of the road where all is about to be revealed.

Those who rule by fear want you to think that magic is satanic. You are just unaware these people created Satan so you would believe that. In reality, we are all capable of making magic. That is where our power lies. Most of us have just forgotten. There are healers and shamans on this earth. The witches are back to show you the way. The magic of Hollywood movies is not just a fantasy. It’s real and it is available to everyone. Every minute of the day.

It’s all about what you believe. The power is within yourself. It is unlimited. Remember who you are and you’ll see. You can construct or deconstruct your world as easily as anyone else.

Personally, I couldn’t extract magic from my life if I wanted to. It’s the fiber of my being. I had forgotten how to use it for a long time and I manifested my life based on ignorance of my power.  I’m remembering now. Now I own it, I use it, and direct it for good. I’m proud of it. The power I once neglected and feared is now my life source. Magic is amazing.

Magic is simply the art of producing a desired effect or result through the use of intention. Magic is cooperation with supernatural agencies and the forces of nature. It’s a science that is being proven every day.

The world will improve when everyone begins to access the power of magic within. It is the only way to heal our planet now. You all have the same potential for power that is unlimited.  Our collective intention to awaken to this truth is the magic that will set mankind free from the belief that there is such a thing called sin. You have no such pain to atone for. You do not need the blood sacrifice of a man to do cover your mistakes. There is no need for a ransom for you have the ability to just know that there are no mistakes. There is only manifestation. Also known as magic.